Living with the MacBook Air 11" 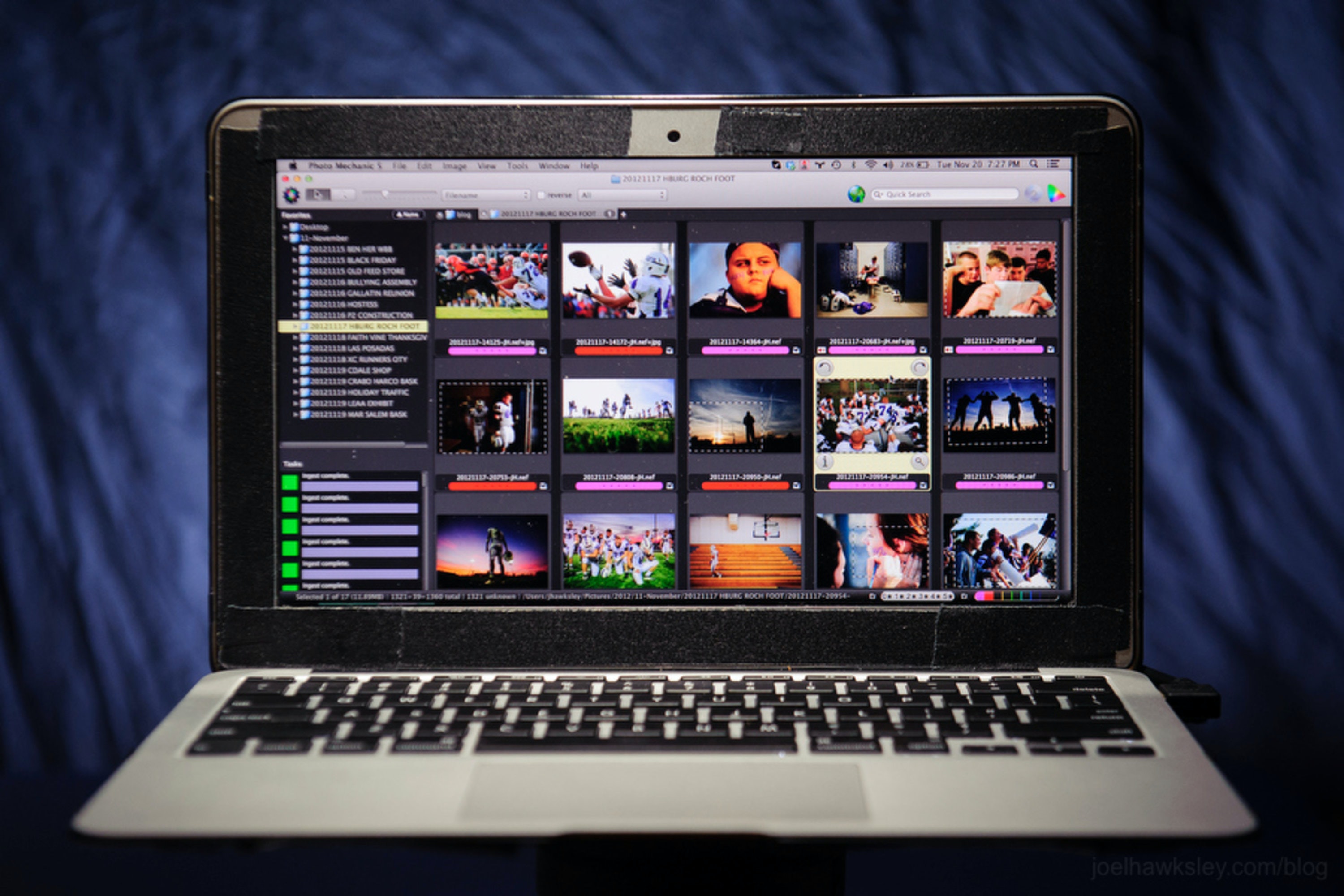 The best computer I’ve ever used: the Apple MacBook Air 11” with 128GB flash storage and 4GB memory. Gaff tape blocks reflections when working in the sun.

While working out in Seattle for my internship last summer, I had the privilege of shooting alongside Joshua Trujillo, one of the best news photographers in the industry. Josh covers Seattle as the sole photographer for SeattlePi.com, and regularly gave our dozen-strong staff at The Seattle Times a run for our money.

In addition to his raw photographic talent, I admired how he utilized technology to make himself more effective as a photojournalist. His secret weapon? The 11” MacBook Air, an ultraportable computer he kept in his belt pouch. I was intrigued.

Two months ago, I bit the bullet and bought one for myself. It has since taken the place of my 15” MacBook Pro, which now permanently sits on my desk. I’ve since sold my iPad, and don’t miss it at all.

For this edition of Behind the Scenes, I’ll be sharing some tips on making it run smoothly for daily photojournalism work.

When I tell people my main work computer has an 11-inch screen, the first thing they say is usually along the lines of “how can you get anything done on that?” At first, I agreed. Then I actually tried using it.

The screen has the same resolution (1366 x 768) as the 13” MacBook, meaning that most apps work perfectly fine. While it isn’t as high-quality as the screens Apple uses in the Pro models, it looks incredibly good, and calibrates nicely.

What I have done is tweaked the programs I use to take advantage of every inch of screen space. The backbone of making this work is an app called Divvy ($14). 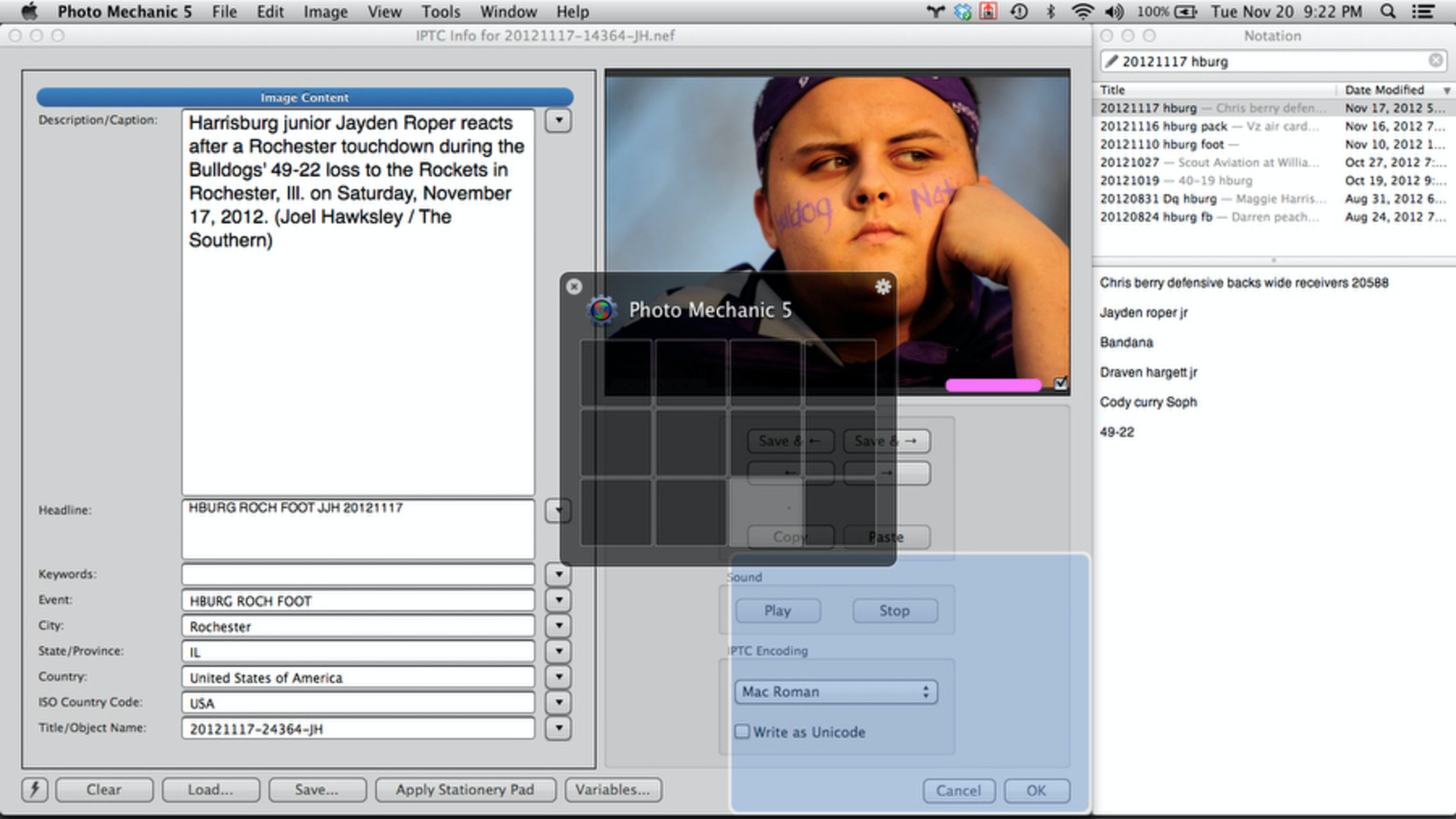 Divvy creates a grid over the desktop and allows you to arrange your windows to fit the grid using key shortcuts. I have three presets: Alt-Option-Left aligns the current window to the left 3/4 of the screen (as Photo Mechanic is pictured above).

Alt-Option-Right aligns to the right quarter, as I have placed Notational Velocity (Which automatically syncs my captions from my iPhone). Alt-Option-Upmec makes the window fill the entire screen. 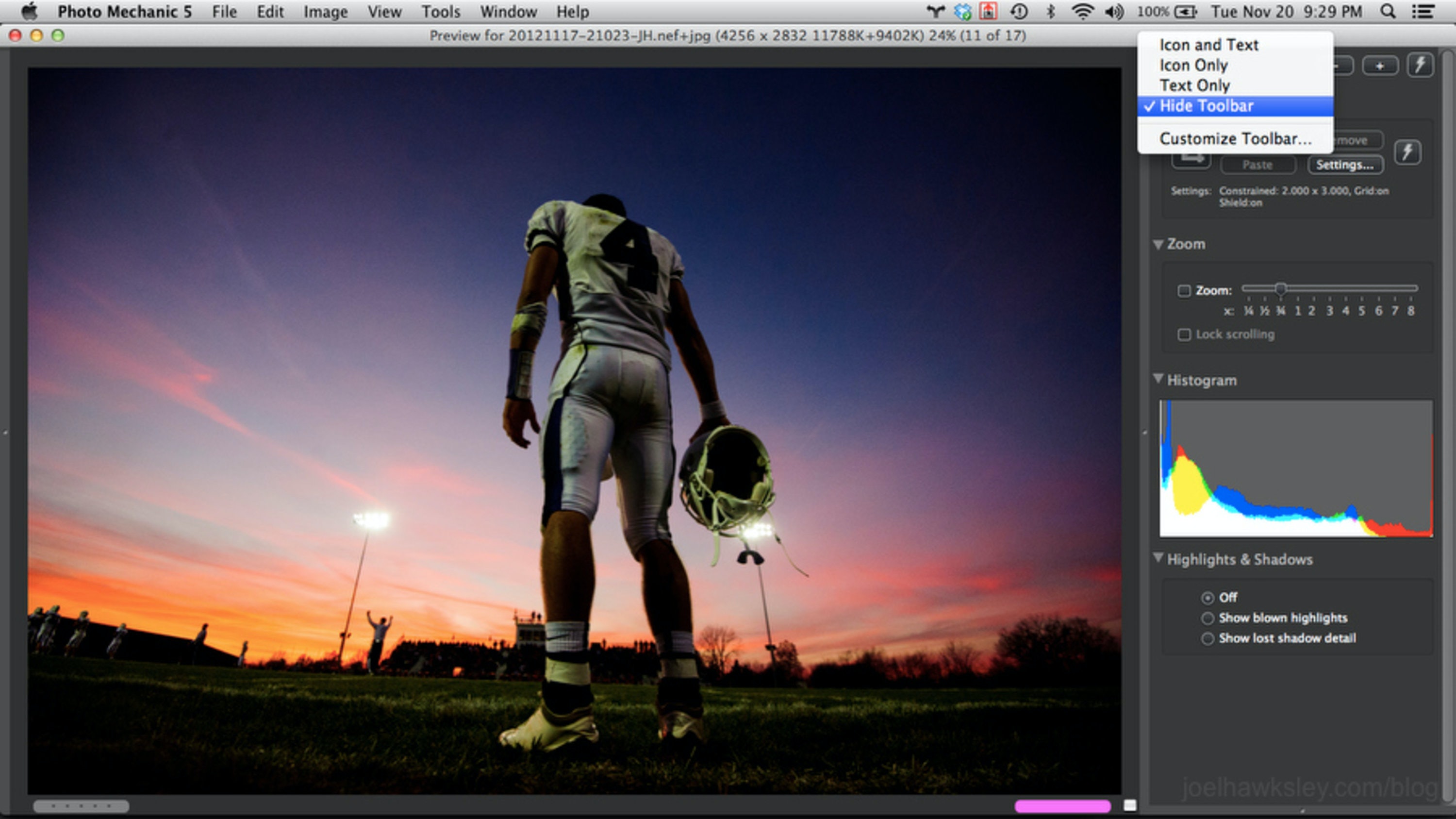 In Photo Mechanic, my main change has been to hide the menu bar the preview mode, as my primary concern is giving the most room for verticals to fit on the relatively short screen height. Most applications now offer a fullscreen view, which works especially well on the Air’s screen. For example, pressing (f) while working in Camera Rawca allows for a much larger workspace. 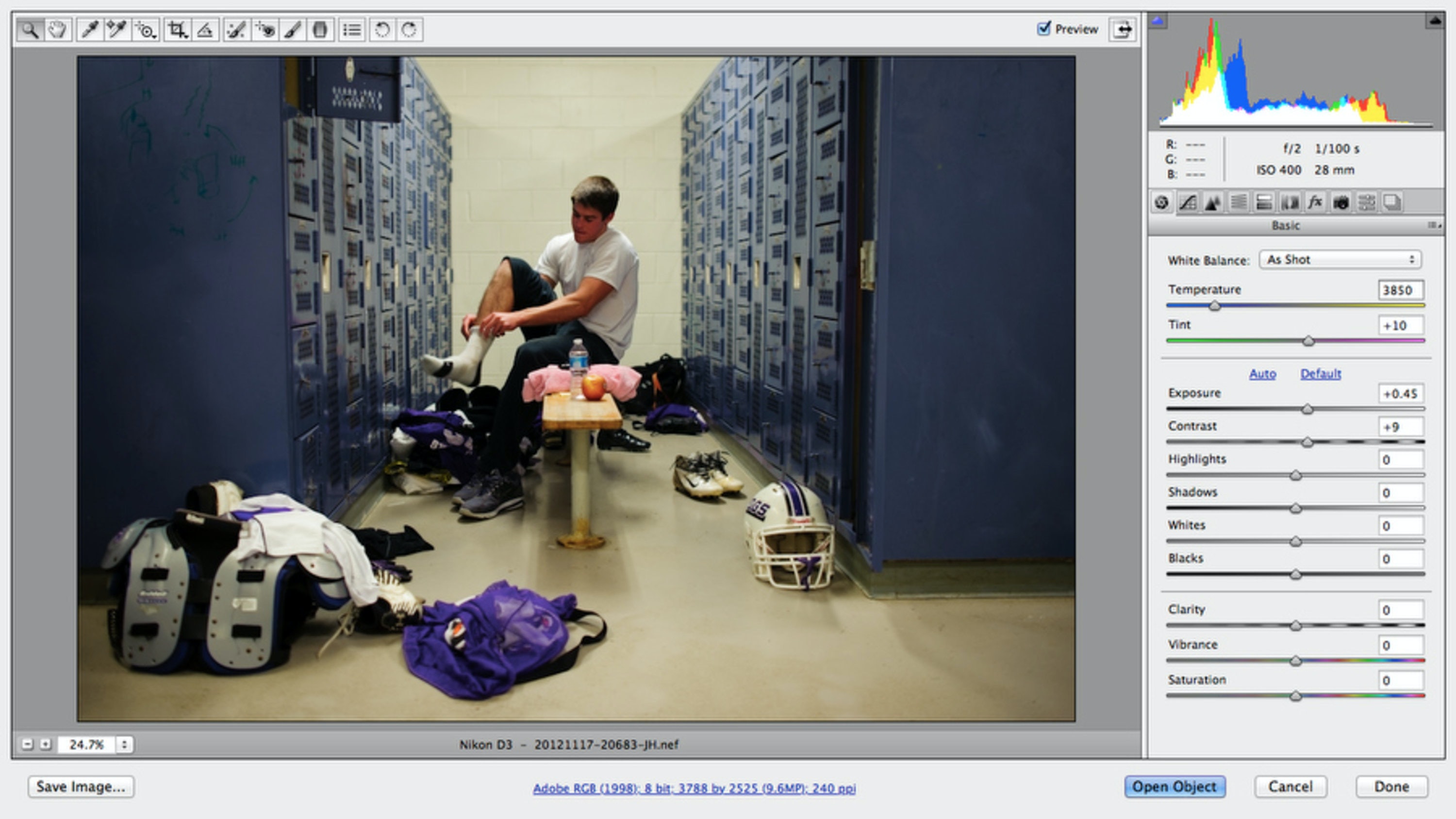 Just as the screen size means some compromising on interface layouts, the low amount of internal storage limits how much data can be comfortably stored at one time.

After installing all the applications I use, I have around 90GB free on the 128GB solid-state drive. Depending on the week, my raw imaages take up between 30-50GB, meaning I have to empty the computer once a week.

Since my workflow is built around weekly backups, I just wipe my images folder once I’ve verified that my three backup copies are intact.

Working with a card reader

Using a custom cable from USBFirewire.com, I download my cards with a Kensington USB3 card reader, which is attached to the back of the mPearlc Hard Case that protects the computer. 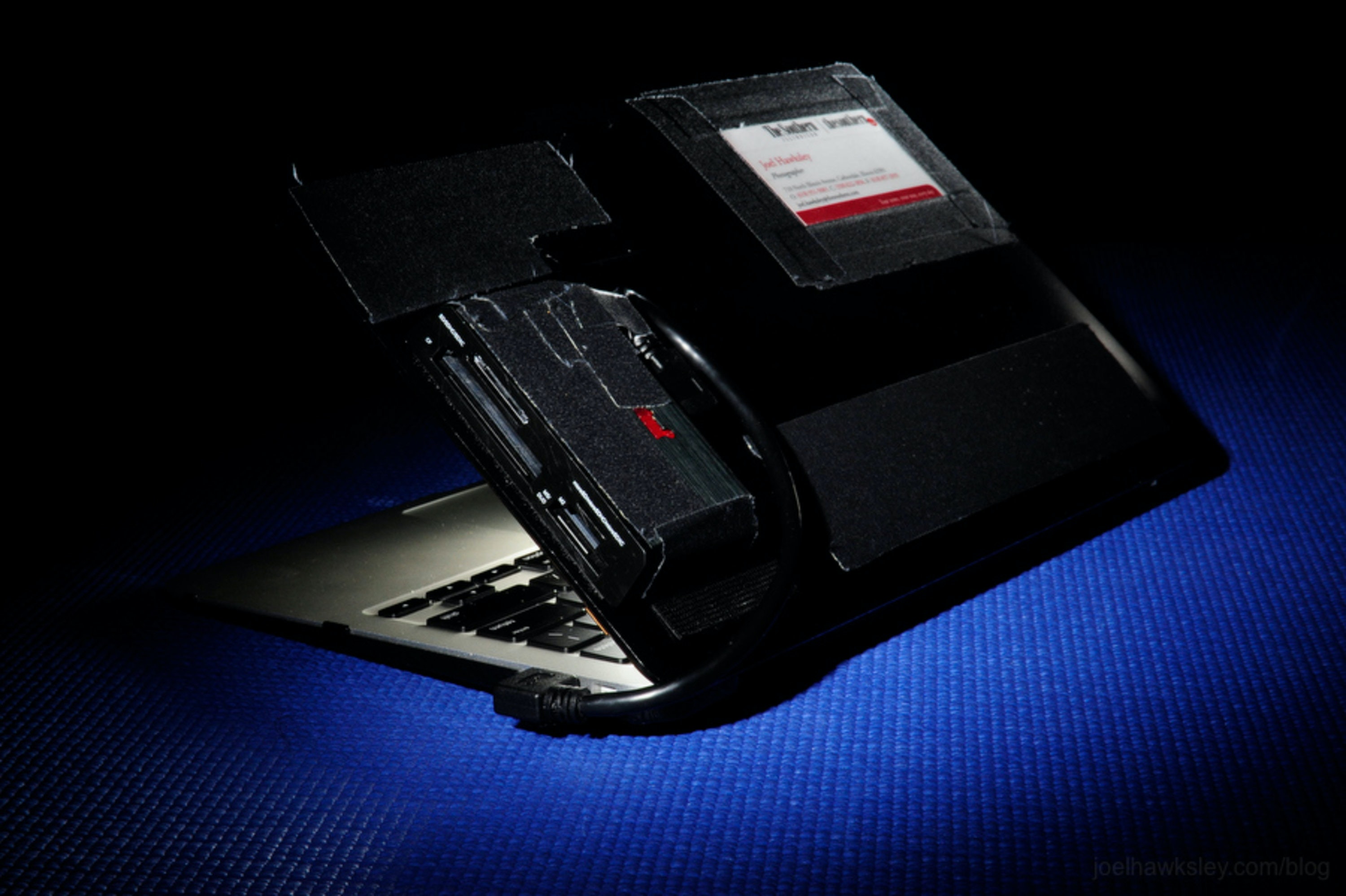 A Kensington USB3 card reader, attached with velcro, connected with a custom cable from USBFirewire.com.

The best feature of the 11” Air is that it fits in my glovebox. I stow it in the compartment between assignments, leaving no sign of valuables in the cabin of my car. 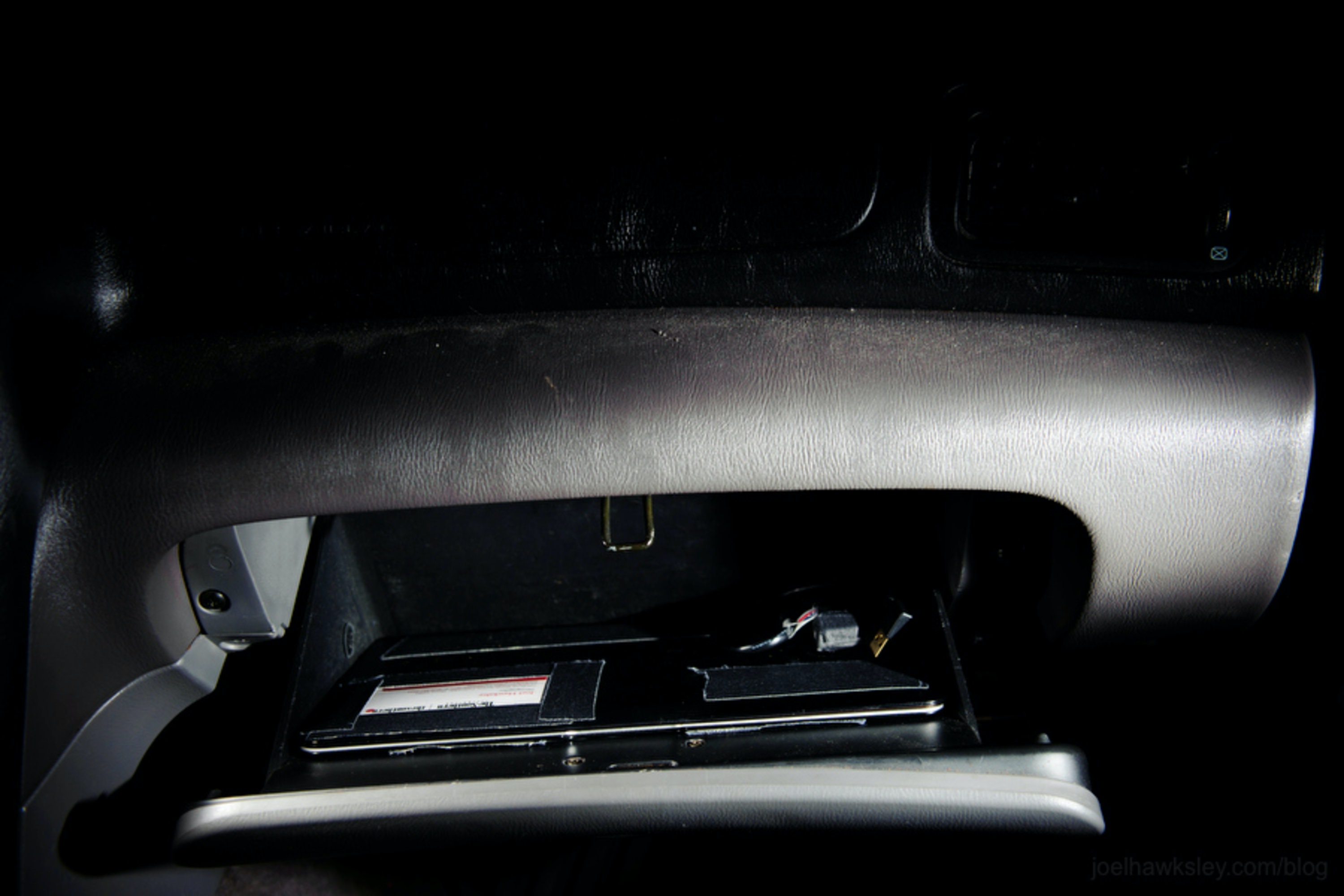 It fits in my glovebox.

When I first started using the Air as my daily machine, I was afraid of having to make too many adaptations to make it work for me. After two months of using the machine on a daily basis, I can confidently say that this is the best, no-compromises solution to mobile workflow.